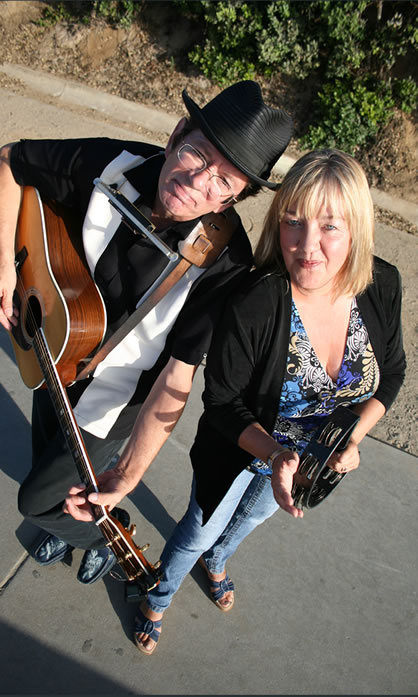 Coco (Carolyn) and Lafe (rhymes with “waif”) have been performing their original, folk and blues-based acoustic music as a duo since 2007. Their live performances feature their songwriting and tight harmonies, Lafe’s fingerpicking, harmonica playing, and humor, and the obvious connection they share. Based in Vermont and San Diego, they cross the country playing house concerts, music series, libraries, and listening rooms. Their 2012 national Get Fresh Tour of farmers’ markets sponsored by Real Time Farms promoted eating healthy and buying locally and gained Coco and Lafe friends and fans across the country. Coco and Lafe have released six CDs and garnered radio play on 172 stations, including Rich Warren’s syndicated “Midnight Special,” in 5 countries. Their latest, “Big Bang,” features multi-instrumentalists Dennis Caplinger, who has performed with Eric Clapton and JJ Cale, and Doug Pettibone, who tours with John Mayer, Lucinda Williams, and Marianne Faithful.

Coco has been singing publically since she was a child. She was training for a career in opera but abandoned it to appear in the original Boston cast of “Hair.” She performed in the Boston area with the folk trio “A Day in the Sun” and the duo “Fritz and Coco” before moving to Vermont and forming “Coco and The Lonesome Road Band.”  The popular country band opened for Conway Twitty, Ernest Tubb, Hank Snow, Mel Tillis, Tanya Tucker, and many others. Coco’s original “New England Song,” recorded in Nashville and a pick hit in Billboard and Record World, won her “Songwriter of the Year” from the State of Maine Country Music Association. Other honors include the Governor of Vermont’s Appreciation Award for her musical contributions. Coco and the Lonesome Road Band performed for nearly two decades.

Coco has appeared twice on the Conan O’Brien show as a backup singer for songwriter/actress Rebecca Pidgeon and in the film “The Spanish Prisoner.”  With Grammy nominated producer Mark Greenberg she released “Environmental Songs for Kids” on the Smithsonian Folkways label.

Lafe is a prolific songwriter with a rich background of experiences to draw from. He ran away from an abusive home at 13 and hitchhiked and rode freight trains across the US.  Eventually, he found work in the record industry representing record companies internationally and working with artists as diverse as Doc Watson, Dave Van Rock, Sweet Honey in the Rock, and Ferron. He carried his guitar through all his adventures and travels, writing song after song and honing his guitar skills.

In 2005 Lafe decided to pursue his own music and recorded a CD of his original songs, “Am I Gone” with Coco contributing backing vocals. His song “Praying for Rain” was chosen Folk Song of the Year in Vermont. He rises early and writes daily.

Lilla Beagle is Coco & Lafe’s manager and constant companion. They claim she lip syncs on stage and drives the truck when they are exhausted. 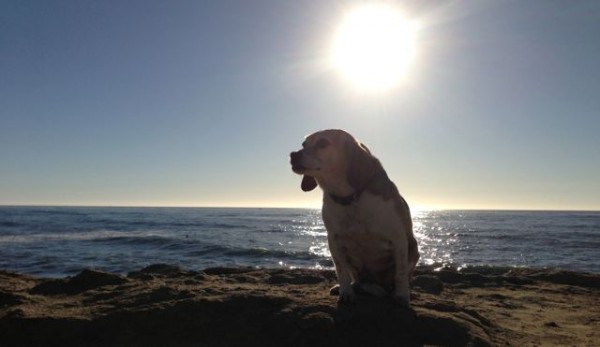